As Investors did we learn anything last year??

As Investors did we learn anything last year??

The New Year is a great time to reflect on the events of the past year to see if we can learn anything that could help us in the future. As a Financial Planner and Investor I can think of nothing that can help us become better investors than to look at what happened with the recent U.S. Presidential Election.

Think back to just before last November’s election. What did we know?

The polls were almost unanimous in saying Hillary Clinton would win the popular vote by about 3% and win the Electoral college and become the next President of the United States.

Clinton was the obvious choice of the people who move the markets in the short term. This could be seen in the fact that the markets went up when Clinton’s odds improved in late October. There was a near universal belief that a Trump victory – as unlikely as it was – would be bad for the markets. We had these general discussions with some of our clients before the election.

So what happened? First Clinton didn’t win. And second, the U.S. stock market has gone up since the election.

Of course there is some logic to the market’s rise since the election…it’s just a different logic from that which would have made it go up if Clinton had won. The reasons one might cite are basically around the idea that as a businessman Trump intends to be pro-business and reduce red tape and taxes and allow U.S. businesses to better compete globally and earn ever increasing profits.

These events once again reaffirm our strong belief that nobody can successfully predict where the financial markets will move in the short to intermediate term. It is also why the most successful investors are those that put a strategy in place to serve their needs and not one that is trying to predict where the market is going!

With a New Year ahead and understanding that in life as in investing, success and happiness come from focusing on what you can control, here is a great little piece to remind us all!! 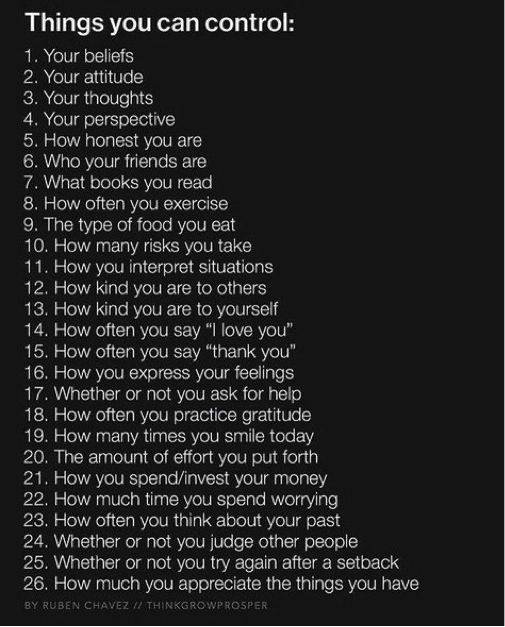